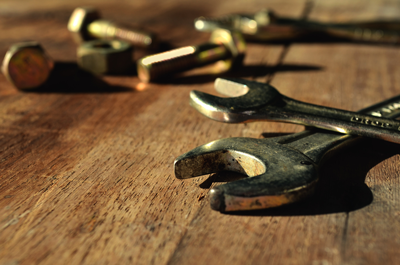 Not only is this my first foray into iOS devleopment, I’m not even a ‘Mac’ person.  So I have to teach myself X-Code while learning OS-X.  Where is everything?

Being pragmatic, I realize that I will probably not recoup my investment in equipment.  Education and learning are great, but can we keep the money thrown out the window to a minimum?

My first attempt was MacInCloud.  This was a pretty good service for learning the basics about a Mac – basic navigation and everyday housework on the machine.  They even had X-Code 5.X pre-loaded and the option to use the beta version of X-Code 6.  However, when it came to actual development within X-Code, it wasn’t sufficient for me.  There is a latency that became annoying after awhile.  Additionally, I had problems working through exercises because not all the keys seemed to translate through the Windows to Mac virtual machine.  One problem that I remember in specific was using the control key to link labels and buttons to outlets and actions within the code.  Granted, an experienced developer may have been able to sidestep these issues.  But my inexperience on the platform was leading to more time working around unnecessary roadblocks rather than learning code.

I ended up buying a Mac Mini a week before the new Mac Mini’s were announced.  I considered waiting, but I din’t want to wait a month or more to get a machine and start learning again.  Some helpful online comments lead me to putting 8 Gig RAM into the Core I5 machine.  It’s not a hot rod.  But it does get the job done.

I’m reusing my current 24″ HP monitor.  It has DVI and VGA ports.  My existing windows machine is using the DVI port so I bought the VGA adapter for the Mac.  The resolution isn’t anywhere near spectacular, but it works well enough.

To round out the toolbox, I bought a Logitech wireless keyboard and mouse.  I specifically went with a Mac layout keyboard rather than re-using one of my (many) spare windows keyboards specifically to learn the Mac keys and flow.

The Mac is all setup and now I’m running X-Code 6.1 while also having the beta version of X-Code 6.2 installed so I can start learning Apple Watch application development.